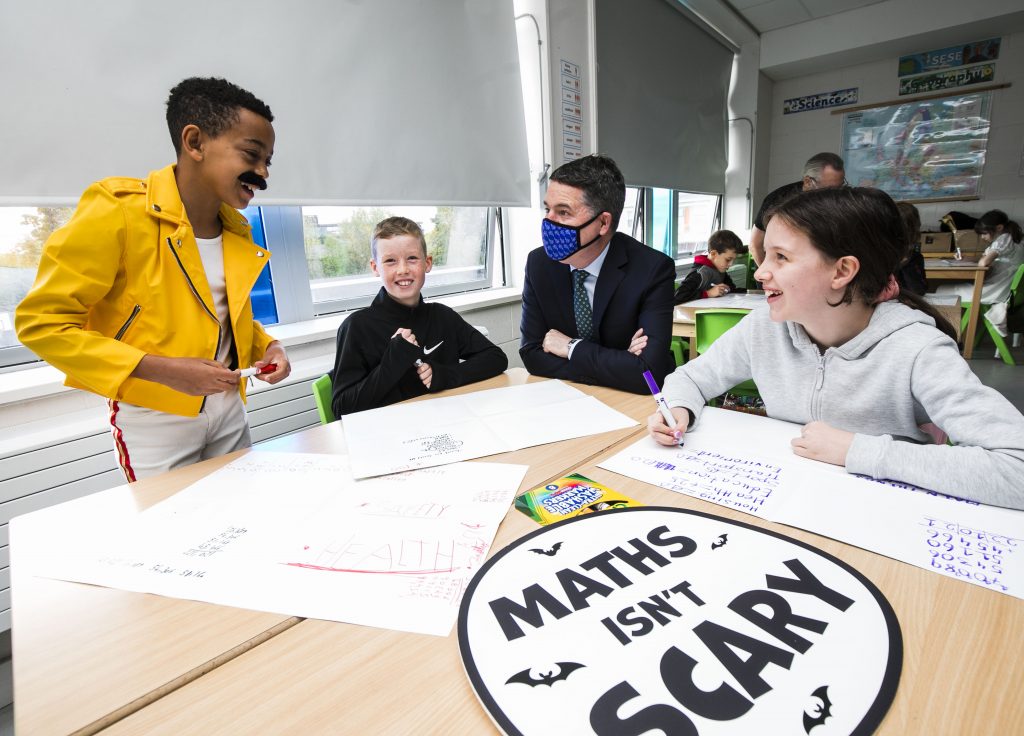 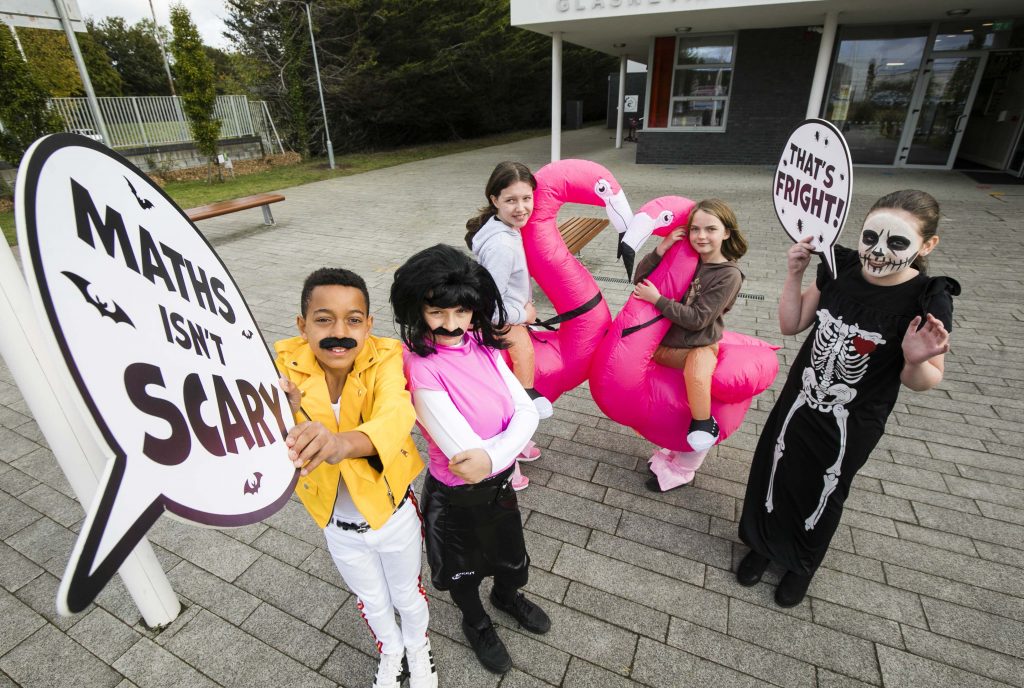 Maths and numbers are part of everyday life and there’s nothing scary about that.  This was the message from pupils of Glasnevin Educate Together National School who held a Children’s Budget with Maths Week Ireland Co-ordinator Eoin Gill and a special guest visitor, Minister for Finance, Paschal Donohoe TD.  Over 400,000 young people and the public are participating in Maths Week 2021 focused on driving home the benefits of maths and all the opportunities it brings for individuals, society and the economy.

Boys and girls aged 11-12 participated in a workshop in Mr. David Fitzsimons’ Fifth Class where they balanced the ‘Children’s Budget’, using their maths skills to decide how they would like the Government’s money to be spent.  The goal was to determine the priority spending areas through discussion and debate and then to fairly and wisely distribute a nominal €100 budget among these areas.   They broke into 6 groups or “cabinets” for discussions, allocated their budgets and a collective budget was then decided by the class using their maths skills to create an average from the 6 groups.

The children chose these categories and allocated their budget in the following percentages:

Minister Donohoe said, “These wonderful children represent the future of our country and their thoughtfulness and insights into many of the modern day issues we face are both impressive and humbling in terms of the responsibility that we have as a Government to support and enhance life and living for everyone in our society and for these young people who will ultimately lead our country for generations to come.”

Eoin Gill, Maths Week Ireland Co-Ordinator said “Maths skills are central to everyday life. To help children see the relevance of maths, it’s important to make it a part of everyday life from a young age. Teaching children how to budget will stand them in good stead to become responsible, fiscally savvy adults. Using maths like this to problem solve real-world challenges promotes critical thinking, collaboration and imagination.

“This exercise clearly utilised their maths skills and helped the children to creatively apply them to a real-life scenario. The activity also showed that while the young people were able to link their discussions to their own lives they were altruistic in prioritising those in need in society. In the end they understood the process of budgeting on a national level and on a family level and the importance of budgeting and planning in their own lives.

“It was particularly gratifying to see the importance they placed in education for their own futures and for society in general.”