Go to primary
Go to playback
Tweets by mathsweek 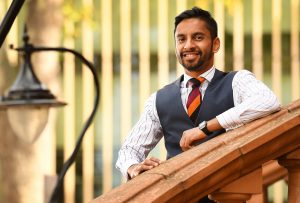 For Bobby, maths was instrumental in unlocking the secrets of everyday life from understanding the randomness of football results, to organising his time and his choice of music. Using stories from his own life, Bobby brings his infectious enthusiasm to everything from the right number of friends to have to the power of prime numbers controlling everything from credit card numbers to cicada insect hibernation habits. You’ll never look at your maths lessons in school the same way again!

Bobby Seagull is a TV presenter and author. He is the author of best selling The Life-Changing Magic of Numbers and the co-presenter of the podcast Maths Appeal. He co-wrote The Monkman & Seagull Quiz and co-presents the BBC TV series Monkman & Seagull’s Genius Adventures. He is an ambassador for the charity National Numeracy, a presenter for an Open University course on personal finance for young adults, a regular contributor to Radio Four’s Puzzle For Today and a columnist for the Financial Times. 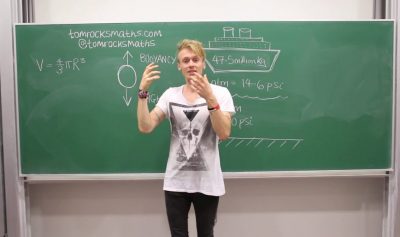 How do you take the perfect penalty? What is the limit of human endurance? Where is the best place to attempt a world record? Maths has all of the answers and I’ll be telling you how to use it to be better at sport (results may vary).

Tom is a maths tutor at St Edmund Hall at the University of Oxford with a mission to share his love of maths with the world. His award-winning website tomrocksmaths.com features videos, podcasts, articles and puzzles designed to make maths more entertaining, exciting and enthralling for all. Tom also works with Numberphile – one of the largest education channels on YouTube with over 3.14 million subscribers. 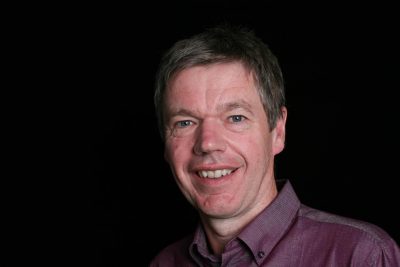 Rob Eastaway was the very first presenter at Maths Week. Rob is a mathematician, author and broadcaster. His show Puzzling Surprises – will present entertaining examples of counter-intuitive maths, from Pythagoras to Pascal’s Triangle.

Rob is closely involved with the world of maths. He has written (or co-written) seven maths books aimed at the general public, of which two have been world wide bestsellers. He is a Director of Maths Inspiration, a national programme of theatre-based lecture shows for teenagers. He gives numerous talks every year, for just about every audience:  primary school children, teenagers, undergraduates, families, teachers, serial killers (no, just checking you’re still reading this). He was President of the Mathematical Association from 2007-8, and has worked with the Royal Institution, the UK Maths Trust and numerous other mathematical organisations. Rob was also a monthly puzzle setter for New Scientist magazine.

In 2016 he received the Zeeman medal for excellence in the promotion of maths.  The medal is in honour of Professor Sir Christopher Zeeman, and is awarded jointly by the London Maths Society and the Institute of Maths and its Applications. 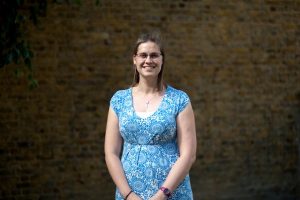 As a first for Maths Week, Laura will deliver this year’s ​Royal Statistical Society’s (RSS) William Guy lecture to school students across the island of Ireland on the topic of ‘Driving is a risky business!’. The lecture covers various aspects of road safety where statistics can illuminate people’s decisions. The lecture will include a discussion regarding conditional probabilities relevant for secondary school mathematics and statistics students, together with ethical considerations, which will appeal across the curricula.

Dr Laura Bonnett Is a Medical Statistician based in the Department of Biostatistics at the University of Liverpool and a member of the Liverpool Centre for Cardiovascular Science. Her work has informed the Driving and Vehicle Licensing Agency’s regulations on time off driving for people with a first-ever seizure, and driving during and after antiepileptic drug withdrawal. This work has now also underpinned European Union policy on driving.

She is a Chartered Statistician and member of the Royal Statistical Society’s (RSS) Teaching Statistics Special Interest Group. She has developed statistical outreach activities which can be used by anyone with an interest in the area at a variety of events such as careers fairs, science festivals and in STEM clubs (www.rss.org.uk/hands-on). 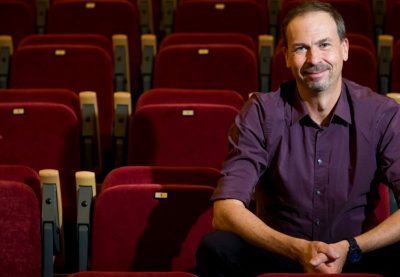 How to fold things into thirds with James Tanton

James writes math books – with publishers and through his own self-published means. He gives math talks and conducts math workshops all across the continent and overseas. He guides students and he guides teachers. He publishes articles and papers, creating and doing new math. And he shares the mathematical experience with teachers and students of all ages, helping them publish research results too! 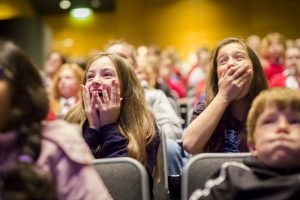 Our shows will be live streamed into schools all around the island of Ireland. We are seeking a limited amount of class groups to be part of a live audience for these shows. These class groups will take part in a live zoom call. You must have a fast broadband connection and be able to give consent for your class to take part. Thanks for your interest – if you are on the waiting list our team will contact you with further details.

Go to the registrations page where you can register your class, school or event. 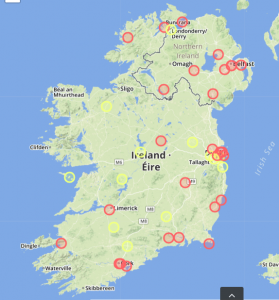 Subscribe to our newsletter for all the latest on Maths Week; lots of exciting maths activities and much more

Go to the events calendar for a full list of events as they’re announced. 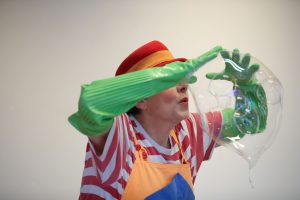