On 20 September 2020 a sad story circulated about a man in Spain who was evicted from his flat along with his 110 cats.

It was claimed in the story that they all descended from a pair of cats the man took in 3 years ago.
Is this possible? Can we use maths to check?

You can see the story here 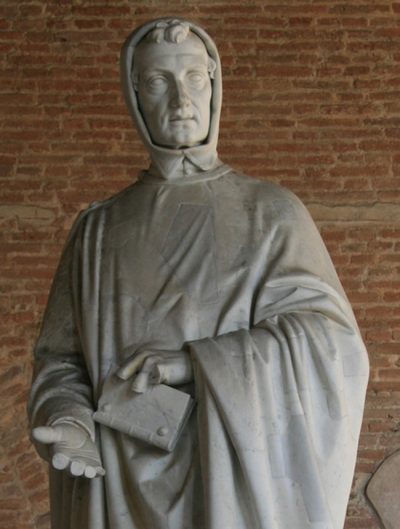 Of course we can but it isn’t wholly straightforward. Often in maths we don’t have to start from scratch (excuse the pun) we  can actually go back 800 years to a similar problem posed by Leonardo of Pisa. In his Liber Abaci (Book of Calculations) he posed the following problem:

Suppose you have a male and female rabbit living in a field. How many rabbits will there be after 1 year?

The answer is “we can’t know”. But we can make an estimate making certain assumptions using maths which can give us a good guide to what might happen in the real world.

Leonardo tells us to make the following assumptions:

As only female rabbits bear the young, we don’t need to consider the males (sorry) in our calculations. We could add the males in at the end. Another way to look at this is to consider the rabbits as pairs (1 male + 1 female). This was Leonardo’s approach and we will follow that. It is usually useful in problem solving to draw a picture. 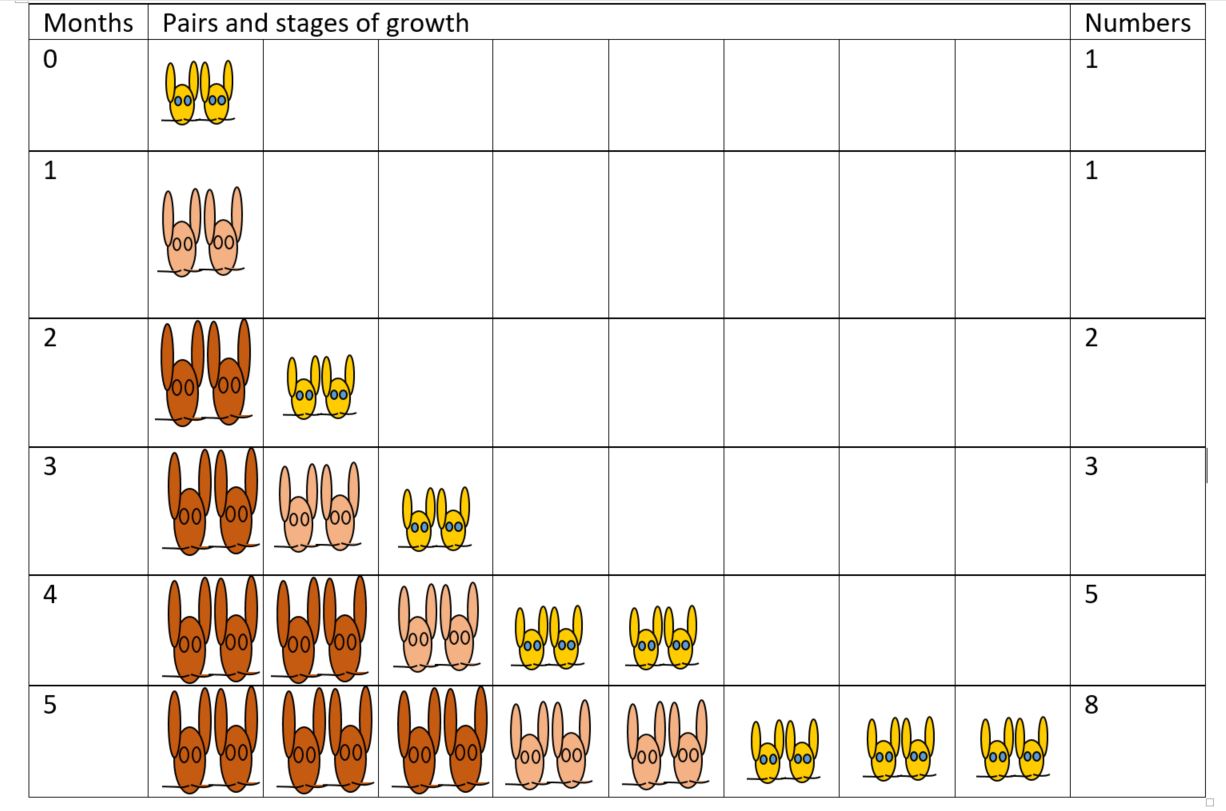 Now, we could go on to 12 months. Not with pictures because there will be too many rabbits, we will do a table, another good approach in problem solving. 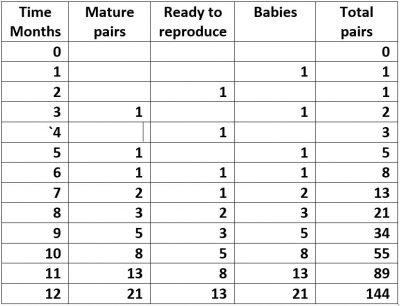 Now you may notice a pattern in the numbers in the table. Perhaps you even noticed the pattern in the drawing. At each month the total number of pairs is the sum of the totals for the previous two months.

Now that we see the pattern we can extend the series on without drawing a table:

The twelfth term in the series is 144. That is how many pairs of rabbits will be in the field at month 12. (although it could be interpreted as 233 at the start of the next year)

You may have seen this series before it is called the Fibonacci Series and comes up in the most surprising places in maths. Leonardo of Pisa is better known by his nickname “Fibonacci”.

This is a mathematical model that can help us predict what will happen in the future. Even if the mathematical equations are good and tested well, the outputs from such a model should be carefully interpreted. For instance, the Fibonacci model makes a lot of assumptions that may not reflect the real world. That is why mathematical models must be used with good science. Such models are often tested against real world data to see if they are useful. Usually they will be added to and modified as more knowledge becomes available.

So now back to our cats.

Can we use this model for our cats? What assumptions can we make?

With Fibonacci’s Rabbits everything happened in 1 month cycles. With the cats, we may this is more complicated. We can make some additional simplifying assumptions for now.

We could assume a (worst case?) scenario, where kittens are ready

to mate at 4 months and can get pregnant and deliver a litter in 4 months.

To synchronise in this scenario we assume that the original female cat will deliver a litter at 4 months. So birth and sexual maturity will happen every 4 months. The number of males doesn’t matter in the process. We will just follow the females and add in the males at the end (multiply our answer by 2). Also, we assume that that the female gives birth to two females.

In this scenario we are maximising breeding, it is an extreme case. 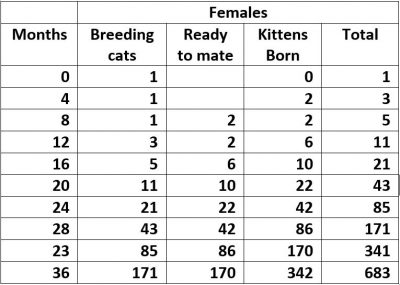 This suggests that under the conditions above we could have 683 at the end of 36 months or 3 years. Remember this is the number of female cats, total number possible is 1366.

This series also has a name by the way. These numbers are called Jacobsthal Numbers. They are called after Ernst Erich Jacobsthal) a German mathematician (born in Berlin 16 October 1882 died 6 February 1965 Überlingen).

The answer from our model seems quite extreme, that we could have 1366 cats after three years.  But it does show that under these assumptions it is at least possible to have 110 cats at the end of three years.

What if we say that a cat will be able to mate at 6 months and will only have a litter every 6 months? Our existing model can be adjusted easily to account for these new assumptions. We used 4-month intervals in the model and reached 36 months (3 years) in 9 steps. At 6-month intervals we will be at the sixth step, which will give us 85 or 170 cats altogether.  This slower population growth will still allow for 110 cats after 3 years

From our simple model we have shown that it is theoretically possible to have a total of 110 cats from a single pair after 3 years.

We made a number of assumptions about the cats for our model. If any of these are wrong then the output from the model will not be reliable. For instance, we have not accounted for the possible effects of this inbreeding. When the same genes are being passed on defects can be passed on which can result disease or poor immune system. Inbreeding can also result in smaller litter sizes. If there is not a lot of food available (and 110 cats need a lot of food) the females may not be able to breed as much, may have smaller litters and the kittens may not survive as well.

Mathematical models are a very powerful tool for predicting future outcomes. Our model could be adjusted to take into account morbidity, pressures on resources, disease and other factors. It will get more and more complex (and messy) but we can use computers to run really complex models for us. Our model here is a population growth model and a similar (but more complex) approach is taken to predicting population growths and trends. Mathematical models help us forecast the weather, predict economic trends, climate change and disease spread. In the Covid-19 pandemic mathematical models are one of the most important tools in the fight to keep people safe.

There is a lot of similarity between our simple models above and models to predict Covid-19 spread. You will have noticed above that we took into account how long it takes to reproduce and how many offspring are produced. Either changing the gestation period or  the number of young have a big impact on the population growth. For Covid-19 modelling we need to know how many people are infected, how many the average person will pass it on to (R number) and how long they are infectious for. Obviously these Covid models are extremely complex as they try to account for people’s behaviour and impact of restrictions.