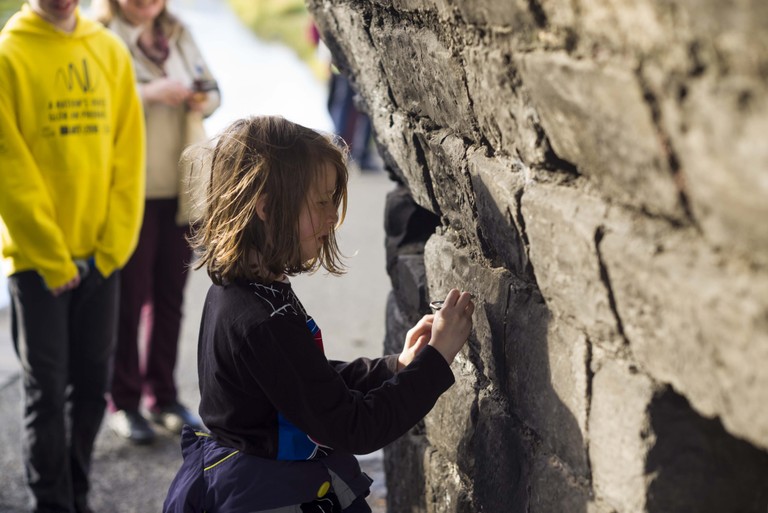 The Hamilton Walk is an annual event held each year in Dublin on the 16th of October, the anniversary of the day in 1843 when William Rowan Hamilton discovered the non-commutative algebraic system known as quaternions, while walking with his wife along the banks of the Royal Canal. This year with restrictions the normal walk cant go ahead. But this means that people all over the world can join us for  a virtual walk from Dunsink to Broombridge. You can enjoy the journey in the company of the walk leaders, Fiacre and Tony and Dunsink Observatory’s, Peter Gallagher and Hamilton Biographer, Anne van Weerden.

The walk was launched in 1990 by Prof Tony O’Farrell of the Department of Mathematics at  Maynooth University and is organised by Dr Fiacre O’Cairbre. It starts at Dunsink observatory, where Hamilton lived and was the Director from 1827 to 1865, and ends at the spot where he recorded his discovery by carving the following equation on Broom Bridge:

The walk will be shown at 2pm Friday 16 October.

You can see it here