All about Maths Week

We envision a society that values the power and beauty of maths
and fully realises its potential to promote human flourishing.

Our core values are:

We support the mission and core values through our annual festival, outreach programs, online resources, competitions and publications. Maths drives society and shapes our lives.

Maths Week Ireland is an all-island initiative and a partnership of institutions and groups promoting positive attitudes towards maths and highlighting the importance of maths in our lives since 2006. It is coordinated by Calmast at WIT. It is one of four national STEM festivals. Running for 15 years as a collaborative partnership of organisations including all the universities, institutes of technology, with professional bodies, visitor centres and more; Maths Week engaged directly with over 400,000 people in 2019, making it currently the world’s largest maths festival.

To promote positive attitudes towards maths and its applications.

Maths for all: regardless of age, background, needs or abilities.

Maths literacy is required for citizens to participate fully in society.

Maths underpins all areas of STEM, financial services and many other disciplines.

Mathematical thinking improves ability to solve problems in other areas.

Maths is rewarding in its own right, and gives a richer way of experiencing the world. 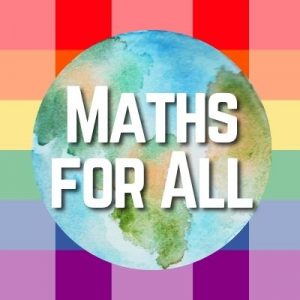 The idea for Maths Week originated in 2005 with Sheila Donegan and Eoin Gill, directors of Calmast STEM Outreach Centre at Waterford Institute of Technology. After several years working hard to promote STEM (Science, Technology, Engineering and Maths), they came to the realisation that maths was the foundation underpinning all of STEM and in order to increase uptake among the public, attitudes towards maths had to change.

Watching a talk by mathematician Rob Eastaway, Sheila and Eoin were captivated by his ability to engage people of all ages with fun, interesting and challenging maths. They invited him to Waterford Institute of Technology to present to an audience of 16 year old students. The event was an enormous success and so Maths Week was born! That was May 2006.

Since then, Maths Week has grown to attract participation from as many as 400,000 people annually across the island of Ireland. It has evolved into a partnership of more than 50 organisations including universities, institutes of technology, teacher training colleges, further education, professional bodies, museums, libraries and visitor centres and other groups, all united with the shared vision of making maths accessible to people of all ages, abilities and backgrounds.

Maths Week Ireland has won many awards and gained widespread recognition at home and abroad. A recent report by NCCA on Irish students in TIMMS/Pisa suggests that positive attitudes to maths reflect performance, and measures are needed to:

“engage students in maths, inside and outside the classroom, further build on students experience in maths class, their liking of maths and enhance their maths confidence. Especially important for students from lower socio-economic backgrounds and female students as generally they have lower maths confidence than male students and higher levels of mathematical anxiety.”

Maths Week has been a successful model evidenced by growing participation rates and positive outcomes/impacts over a series of evaluations. 85% of teachers felt participation in a Maths Week event improved their pupils’ attitude towards maths. In the SFI Science in Ireland report (2015) respondents showed Maths Week with highest participation and third highest recognition (after BT Young Scientist and SFI’s Science Week).